Buckwheat (Fagopyrum esculentum), also known as common buckwheat,is a plant cultivated for its grain-like seeds and as a cover crop.A related and more bitter species, Fagopyrum tataricum, a domesticated food plant common in Asia, but not as common in Europe or North America is also referred to as buckwheat.

Bitter Buckwheat (Fagopyrum tataricum) is a domesticated food plant in the genus Fagopyrum in the family Polygonaceae.With another species in the same genus, common buckwheat, it is often counted as a cereal.

The Bitter Buckwheat tea offers immense health benefits and free from the harmful gluten.It is more bitter, but contains more rutin than common buckwheat.It also contains quercitrin,which is good for vasodilation and angina.

The Bitter Buckwheat tea not only has rich cereal roasted flavor,but also has high in B vitamins,as well as antioxidants such as rutin.This tea is used as part of a weight loss plan. Its high protein and mineral content helps curb appetite by making you feel full. Also known for treating hypertension and diabetes. 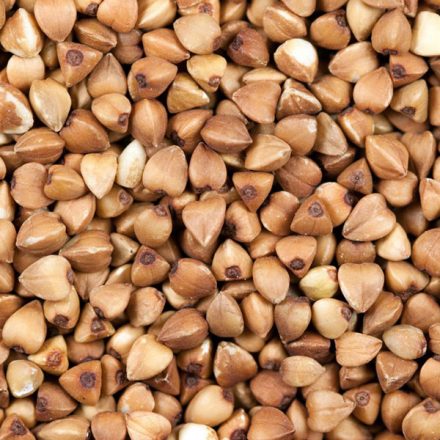 Prevents Edema
According to a study published in the European Journal of Pharmacology, Buckwheat tea is highly effective in treating the edema swelling caused due to Chronic Venous Insufficiency. The study was carried out on human patients in whom one group was given the buckwheat tea while the other patients received placebo tea. The researchers noted a considerable improvement in the patients who received the Buckwheat tea than the patients in the other group. The study says that the tea was safe and had favorably influenced the edema patients with the CVI problem and can prevent its further progress. 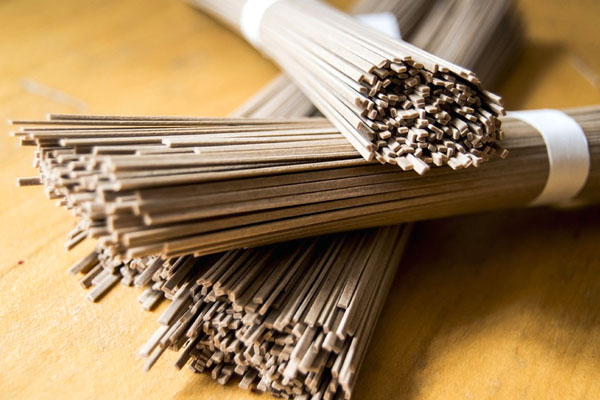 Significant Cardiovascular Benefits
A prospective study carried out on 220 postmenopausal women suffering from Cardiovascular Disorder (CVD), and published in the American Heart Journal, says that consuming Buckwheat grains or tea, at least six times a week, is good for controlling the signs and advancement of CVD. It also protects one from other common health problems in postmenopausal women with high blood pressure and high cholesterol. 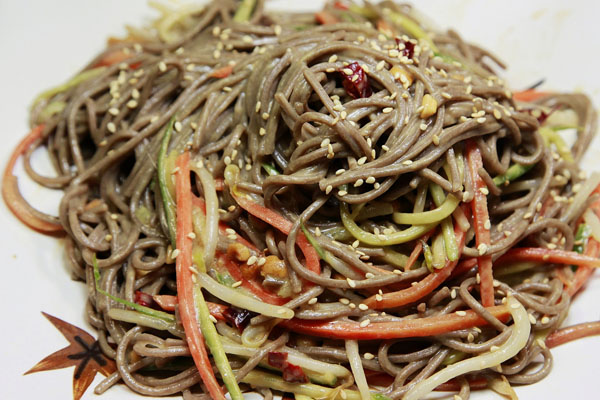 Reduces Blood Glucose
A paper published in The Journal of Agricultural and Food chemistry states that Buckwheat tea or the concentrate reduced the level of blood glucose in diabetic rats. However, the process of preparation of Buckwheat tea or concentrates, in this case, is different from the regular method. 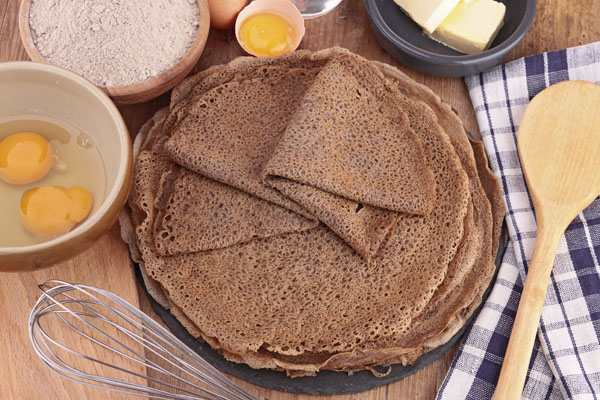 Improves Renal Function
Buckwheat concentrate, or the high-density tea, when given to rats inflicted intentionally with kidney damage showed significant improvement in the renal function and slowed down the kidney disease progression. However, the experiment is yet to be tried on human beings, but is expected to deliver similar results in people suffering from renal problems. 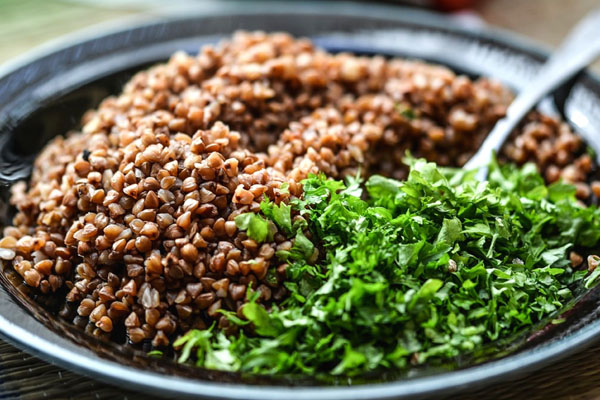 Beneficial In Treating Diabetes
In a study, it was found that the ingredients present in the Buckwheat tea were beneficial in lowering blood sugar levels in diabetic mice. The rutin found in Buckwheat is extremely helpful in preventing type 2 diabetes when used with novel strategies. Another placebo-controlled study has concluded that the Buckwheat seed extract or tea lowers the levels of blood glucose by 12 to 19% at 90 and 120 minutes after administration when given to laboratory animals with intentionally inflicted diabetes. On the other hand, the placebo group of animals did not show any glucose reduction.

The scientists believe that the glucose lowering effect is caused due to the presence of a chiro-inositol compound that has been found to play a pivotal role in cell signaling and glucose metabolism in both animals and human beings. The researchers believe that the chiro-inositol may act as an insulin mimic and increase the sensitivity of the body cells to insulin. 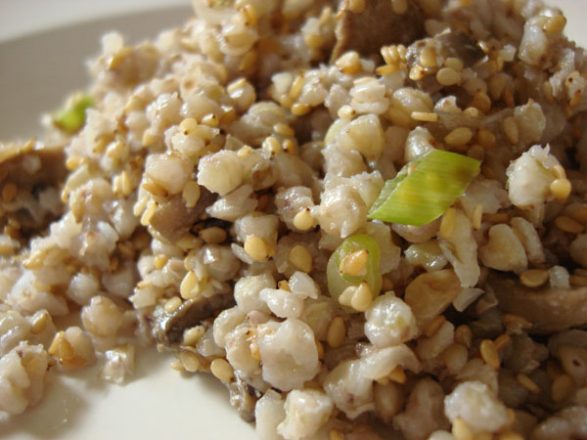 Improves Ovulatory Function
According to a human study published in the New England Journal of Medicine, the Buckwheat seeds and grains are loaded with D-Chiro-Inositol that increases the insulin actions in patients suffering from polycystic ovary syndrome. Thus, it contributes to improving the functioning of the ovulation, reducing blood pressure levels, decreasing the concentrations of serum androgen and plasma triglyceride.

Protects Against Cancer And Heart Disease
Phytonutrients present in cereals and whole grains such as Buckwheat are exceptionally helpful in improving digestion and certain types of stomach and gall bladder problems. The Buckwheat plant contains lignans- a type of friendly flora that is converted into mammalian lignans such as the enterolactone, known to protect the body against breast cancer and other hormone-dependent cancers and heart disease. Although the lignan content in the beverages such as Buckwheat tea or coffee is comparatively low, its regular intake shows significant improvement in the body’s cancer-fighting ability and keeps heart problems at bay. 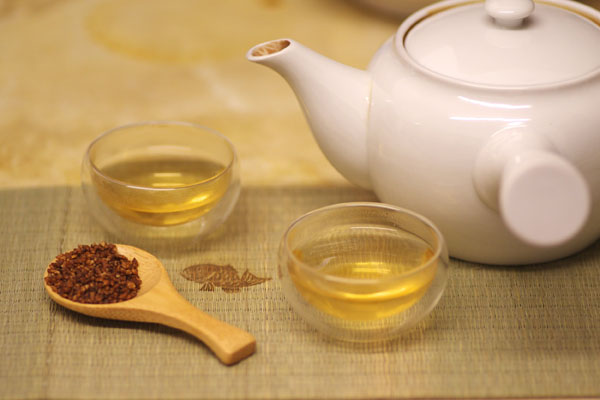 Improves Immunity
Buckwheat is an important source of water-soluble, insoluble and fat-soluble antioxidants. It is rich in several nutrients, including tocotrienols, vitamin E, phenolic acids, selenium and phytic acid. These are exceptionally good at improving the immunity level of the body. The antioxidants fight the toxic free radicals in the body, thereby offering protection against harmful viral, bacterial and fungal infections.

Aids Weight Loss
Buckwheat tea has fewer calories and hence is an ideal replacement for high-calorie drinks. Substituting high- calorie beverages with Buckwheat tea helps you to lose weight and enjoy the kick. Although not much evidence is available about the effect of this tea for weight loss, researchers believe that the presence of catechins, a naturally occurring antioxidant in the Buckwheat tea, can promote weight loss. A detailed study of obesity has revealed that the extracts in green or Buckwheat tea contain a good amount of catechins that help in weight control. 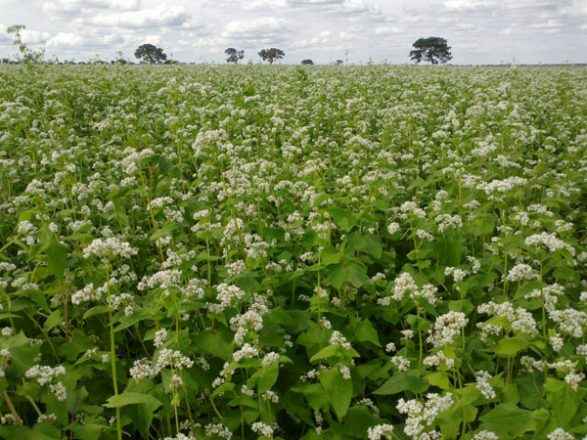 A Good Anti-Caffeine Source
Green tea is rich in antioxidants and is beneficial for weight loss and overall health. However, if you have been advised to cut down on caffeine in your diet, and want to follow a low-oxalate diet, Buckwheat tea is the best alternative. It offers all the benefits of green tea sans caffeine and can be an ideal choice for those who want to follow The Kidney Stone Avoidance Diet. The Vitexin and rutin in the Buckwheat tea improve blood flow, and prevent varicose veins and leg edema.

Replacing your regular drinks with Buckwheat tea has several health advantages and can improve the quality of your life. Do not contemplate! Try buckwheat today for a better tomorrow. 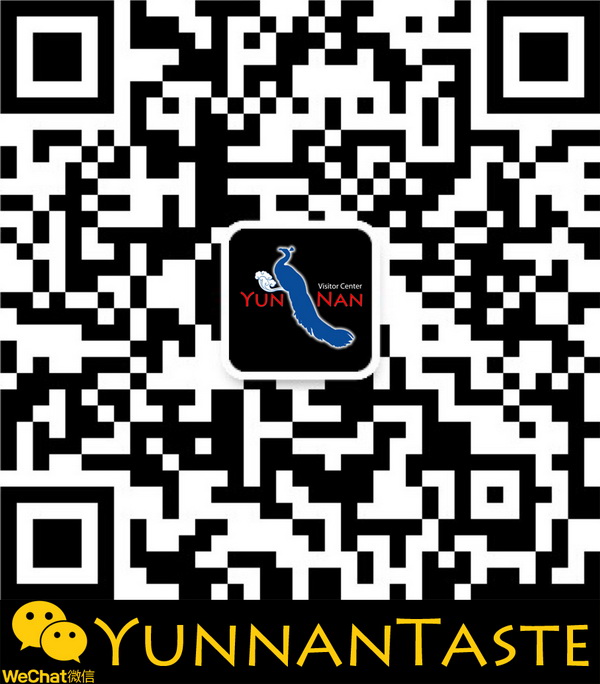