For thousands of years, health practitioners in China have relied on San Qi (also called Radix Pseudoginseng and Panax Notoginseng) to treat and support recovery from a wide range of health conditions. This traditional herb is so revered that the 1578 Compendium of Materia Medica (the most complete and comprehensive medical book ever written in the history of traditional Chinese medicine) referred to San Qi as “more precious than gold.”

Sanqi, often referred to as Pseudoginseng or Tianqi, is a relatively recent medicinal that officially joined the Chinese materia medica only during the 16th century. Due to its ability to treat all blood disorders it soared to great importance during Qing dynasty times—the master herbalist Li Shizhen referred to it as Jinbuhuan (Not Even Exchanged for Gold), and some later herb primers went so far to call it “the king of all herbs”—a status it has maintained until today. It is the main ingredient of the well-known patent medicine Yunnan Baiyao, which was first marketed in 1902 and remains a favorite emergency remedy for acute bleeding disorders. Most American practitioners of Chinese medicine have this remedy in their medicinary, and know to take the “red pill” included in a standard bottle for cases of sudden and dramatic blood loss. Li Shizhen already remarked in his influential Bencao gangmu that “in the South, this herb is used as the most important military medicine for external injuries caused by swords, knives, and arrows.” One of the plant’s oldest alternate names, therefore, is Shanqi—“the mountain herb that glues wounds together like lacquer.” During the Vietnam War, powdered Sanqi was still the primary battlefield remedy for Viet Cong soldiers.

Sanqi literally means “the three seven herb,” referring to the fact that the plant tends to form three branches with seven leaves growing on each of them. In addition, peasant wisdom mandates that the root is harvested between 3-7 years of maturity, and grown in conditions that facilitate 3 parts sunlight and 7 parts shade. The plant is thus typically cultivated under black plastic tarps that are easily recognizable when driving through traditional Sanqi territory in Yunnan and Guangxi. 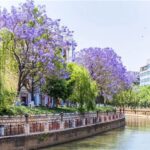 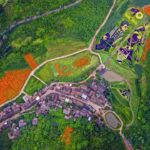 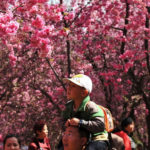 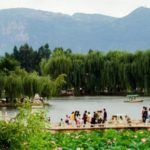 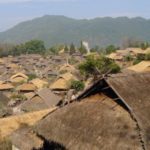 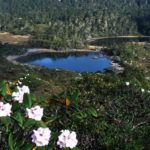 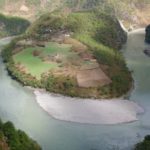 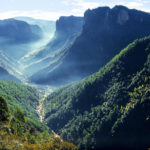